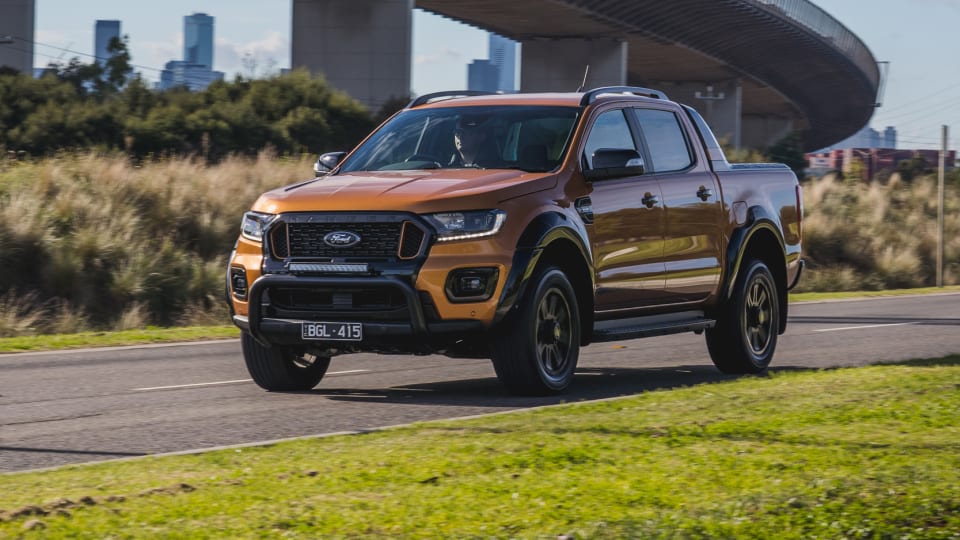 Ford’s best-selling Ranger is soon to be superseded by a next generation, but let’s see how the current Aussie favourite shapes up in Ford Ranger Wildtrak X flavour.

Power comes courtesy of the 157kW/500Nm 2.0-litre four-cylinder turbo diesel lifted from the Ranger Raptor. This engine can only be had with the Ford/GM-developed 10-speed automatic transmission, which I found to be a fair match, though some complain it overly hunts for the right gear around town.

I was impressed with the way the gearbox intelligently sets itself in the right gear in order to extract maximum torque for any given situation. Shifts are nearly as imperceptible as a continuously variable transmission, though there’s none of that constant noise and elasticity. It has a slightly narrower torque band than its large-capacity counterpart (3.2-litre five-cylinder), but is much smarter at staying between that band.

It’s not as jumpy off the line as the 3.2-litre, though the 2.0-litre is more responsive on the move and is more susceptible to changing throttle inputs. It is also quieter and more refined than its larger sibling.

There is ample overtaking power on the open road, and while we didn’t tow anything during its week on test, the level of grunt on offer was perfectly suited to rural touring as well as city dwelling.

While most of its time was spent in suburbia, it’s clear that, size-wise, the Ranger Wildtrak X is a better fit for wider Australia. It’s 5446mm long, and especially with the standard-fit tow hitch and nudge bar, the Ranger was a cumbersome thing to pedal around tight parking lots and one-way streets.

Consider, too, the 12.7m turning circle is wider than many of its rivals, and made for a number of painful three-point turns where you’d expect a clean U-ey.

Luckily the electric steering is a nice, light weight around town. So, too, the ride is very decent for a 4×4 dual-cab. It absorbed large bumps without fuss at the front end and only rattled slightly over the leaf-sprung rear.

On gravel roads, the Ranger eats up small ruts easily and irons over undulations confidently. The stability control calibration is remarkably good, always cutting in early to ensure the car doesn’t go too far out of shape. Ford has continually put mass amounts of testing and development into its Ranger ute, which ensures that it continues to meet the demands of all Australian conditions out of the box.

There’s no denying its 2257kg heft, but the Wildtrak X’s roadholding ability is impressive. It manages to control its weight well between rolling bends, not feeling overly top-heavy.

Throughout a week of combined driving on highway, rural roads, gravel surfaces and around town, our fuel-economy figure was 9.4L/100km. While this is two litres more than Ford’s official claim, it’s about par for other 2.0-litre Rangers we’ve had on test.

Make no mistake, the 2021 Ford Ranger is still a phenomenal package, and in lifestyle Wildtrak X guise it looks and performs near the top of its class. While easily one of the more expensive utes in its segment, the Wildtrak X is backed by an impressive amount of kit and has continually kept pace with the ever-changing ute market.

This article originally featured on drive.com.au and can be viewed here.