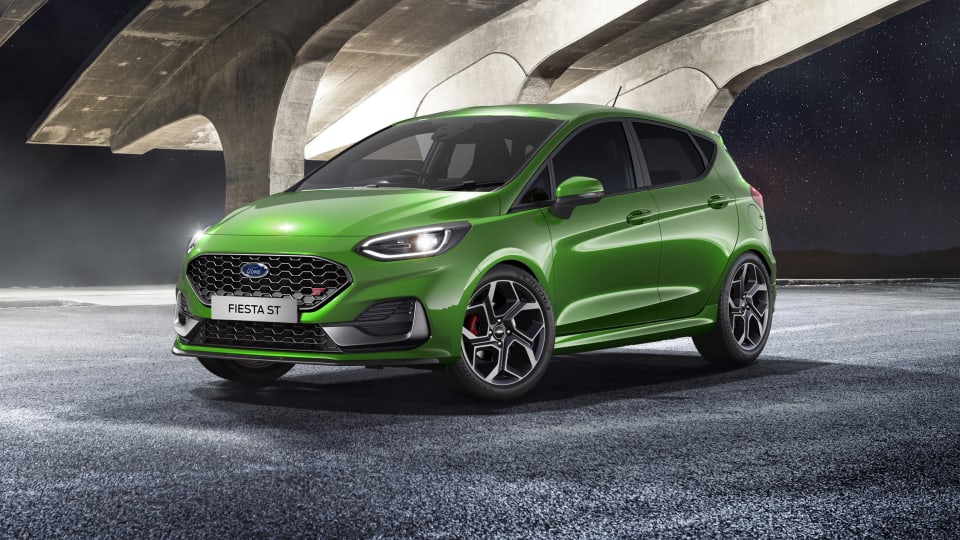 Ford has revealed the facelifted version of the current-generation Fiesta ST, with the new baby hot hatch set to enter Australian showrooms in the first quarter of next year with more torque and technology than its predecessor.

The big news is the Fiesta ST’s 1.5-litre turbo-petrol three-cylinder engine now produces up to 320Nm of torque (+30Nm), although peak power remains at 147kW, with it delivered to the front wheels via a carryover six-speed manual transmission and a Quaife mechanical limited-slip differential.

When the Fiesta ST is tearing it up on the streets or track, the facelift will stand out from the crowd thanks to its new front fascia, which is highlighted by a larger grille (with the repositioned ‘Ford’ badge) as well as redesigned bonnet and bumper. The headlights have also been overhauled, sitting flatter and offering adaptive Matrix LEDs for the first time.

Meanwhile, the side is punctuated by a fresh set of 18-inch alloy wheels finished in Magnetite, and the only change to the rear end is to the tail-lights, which now have black surrounds. Boundless Blue and Mean Green are new paintwork options, by the way.

This article originally featured on carsguide.com.au and can be viewed here.