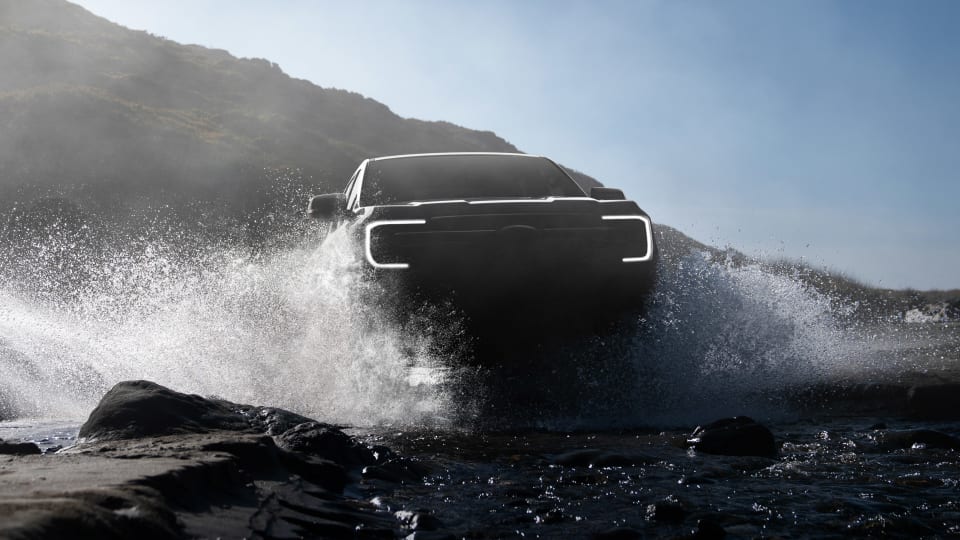 The next-generation Ford Ranger will make its world debut in a little over three weeks on November 24 at 18:00pm, Ford has announced.

At the same time, the Blue Oval brand has provided our first look at an undisguised 2022 Ford Ranger, with this latest teaser image and video clearly showing the new dual-cab 4×4 ute’s fresh front-end design.

As you can see from the backlit image, the next Ranger’s tough new look is punctuated by a pair of J-shaped LED lighting signatures flanking a broad two-bar grille with prominent central Ford logo.

In the accompanying YouTube video, Ranger chief designer Max Tran and the Ford Australia design team provide an insight into how the new ute’s styling and key features were influenced by customers earlier in the process than before.

“As designers, we engaged with customers much earlier in the process, spent more time with them and got more insights than ever before,” said Tran.

“Interestingly, we found that no matter what market, our customers are doers. They like solving their own problems, and they like to feel confident in their truck … not just the way the vehicle functions but the way they feel when they’re driving it.”

Ford says the new Ranger will be the smartest, most versatile and most capable ever and, as part of its development for more than 180 markets globally, it claims it conducted more than 5000 interviews and conducted dozens of workshops with hundreds of pick-up owners around the world.

Discover the next-generation Ranger on November 24, streaming live at