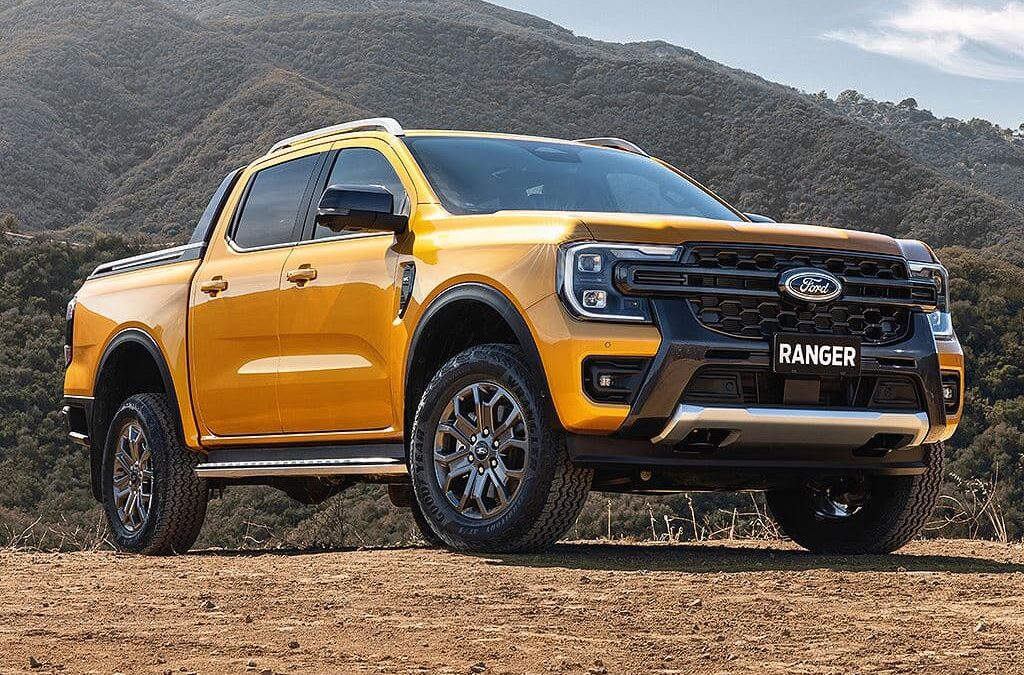 The exterior look of the Australian-designed 2022 Ford Ranger was based on extensive customer research and two internally developed guiding principles: ‘Bring in the Future’ and ‘Built Ford Tough’.

That combination of influences were refined by ongoing customer clinics as the design developed, resulting in what 2022 Ford Ranger chief designer Max Tran calls a “tough dominating front-end” and “more athletic and muscular side”.

Three design proposals made it from the sketch to clay stage and elements of all three made it into the final exterior. The decision to widen the track and move the front wheels further forward to reduce front overhang – also made for engineering reasons – aided the ability to develop a tougher, more modern stance.

That was achieved in concert with an intentional nod to the full-size US F-Series pick-up trucks in the 2022 Ford Ranger’s broad-shouldered stance and front fascia, which features C-clamp headlights linked by a centre grille bar and backed by a deep grille mesh.

While design details including grille lowers, colours and headlight tech vary across the model range – we were shown Wildtrak, XLT Sport and XLT – the fundamentals such as the size of the upper grille opening stay the same. Chrome is rarely used. LED headlights are offered on Ranger for the first time.

The cabin exterior is all-new with not one interchangeable panel or piece of glass with the current Ranger – although daylight openings (window frames) are the same size. The overall length and width remains pretty much as per PX-gen despite the 50mm wheelbase and track increases. That means about 5.45m long and 1.977m wide for a dual-cab 4×4 such as the Wildtrak.

“The overall form of the truck is quite a big change, over not only the outgoing model but the competition as well. We designed it to stand out,” explained exterior design manger Leigh Constantino.

“We tried to emphasise the strength of Ranger, which our customers love, by adjusting the volumes to be more upright, much wider and taller, for a more truck-oriented theme.

“We continued the ‘Built Ford Tough’ lineage, connecting the upper grille to the lamps and interlocking the graphics to give a modern, powerful and identifiable front face that’s uniquely Ford.

Other notable exterior design features include crisper lines emphasised by the move to integrated fenders from PX-generation Ranger’s concentric fenders, the use of wheel lip mouldings for the first time since the Aussie-developed Ranger first appeared in 2022, functional fender vent that exhausts heat from the engine bay and the Ranger name stamped into the tailgate. Maximum wheel size goes up from 18 to 20 inches.

A dramatic technology overhaul is the centrepiece of the 2022 Ford Ranger’s interior.

There are now two much larger touch-screens replacing the old 8.0-inch screen.

At entry-level the screen measures 10.1 inches, growing to a massive 12.0-inch portrait screen in high-spec models. Both have a similar resolution and presentation, but the bigger screen carries more information. 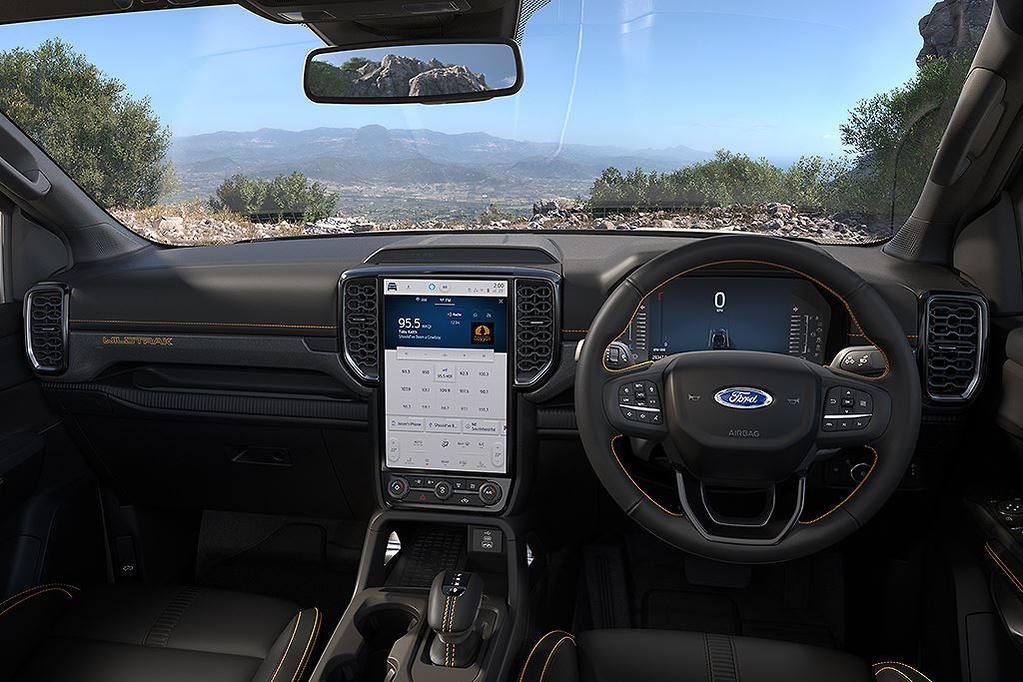 Other highlighted 2022 Ford Ranger features include a choice of 12.4 and 8.0-inch digital instrument panels and an e-shift auto transmission lever.

“From the moment someone sits in the new Ranger, we want them to continue to experience the same toughness, sense of purpose and agility that we carry through from the exterior,” said Ford Ranger interior design manager Nick Eterovic.

“When they settle in, they will find a calm and confident space, which makes them feel in control.”

The new digital instrument panel is moderately customisable. You can remove items to ‘calm’ the screen and real-time animation show the vehicle as it switches through the drive modes. 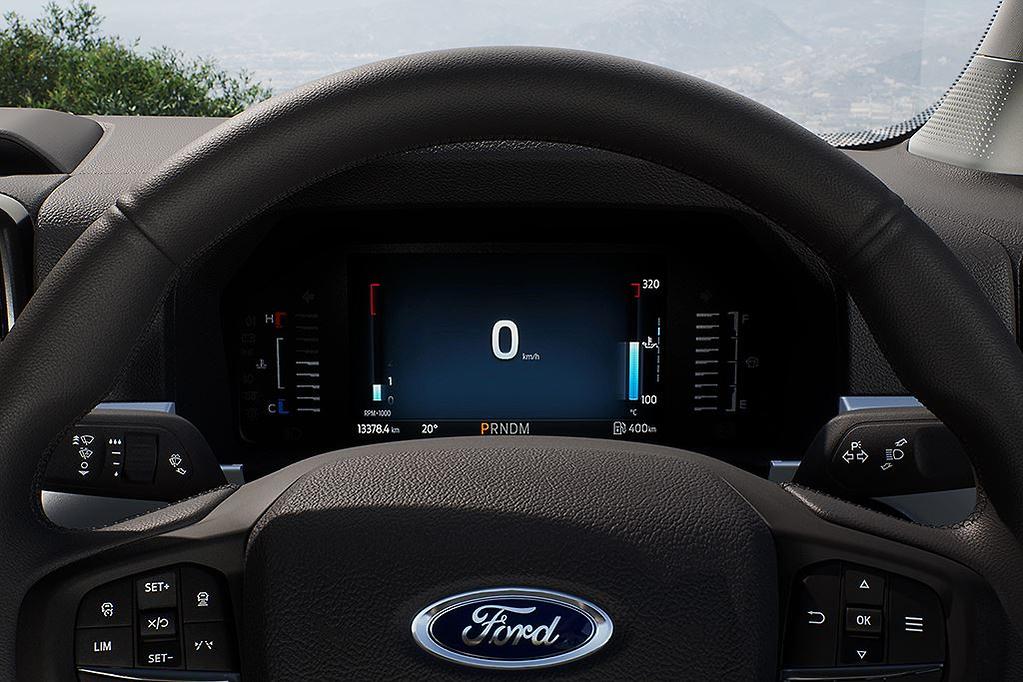 Ford’s designers also played around with both column-mounted and rotary dial automatic transmission gear selector, which were rejected in clinics. Instead they settled on a stubby gear selector they call an e-shifter. An electric park brake replaces a traditional lever.

As per previous auto Rangers – apart from Raptor, which gets paddles – the only manual shift ability is via a rocker switch on the side of the shifter. 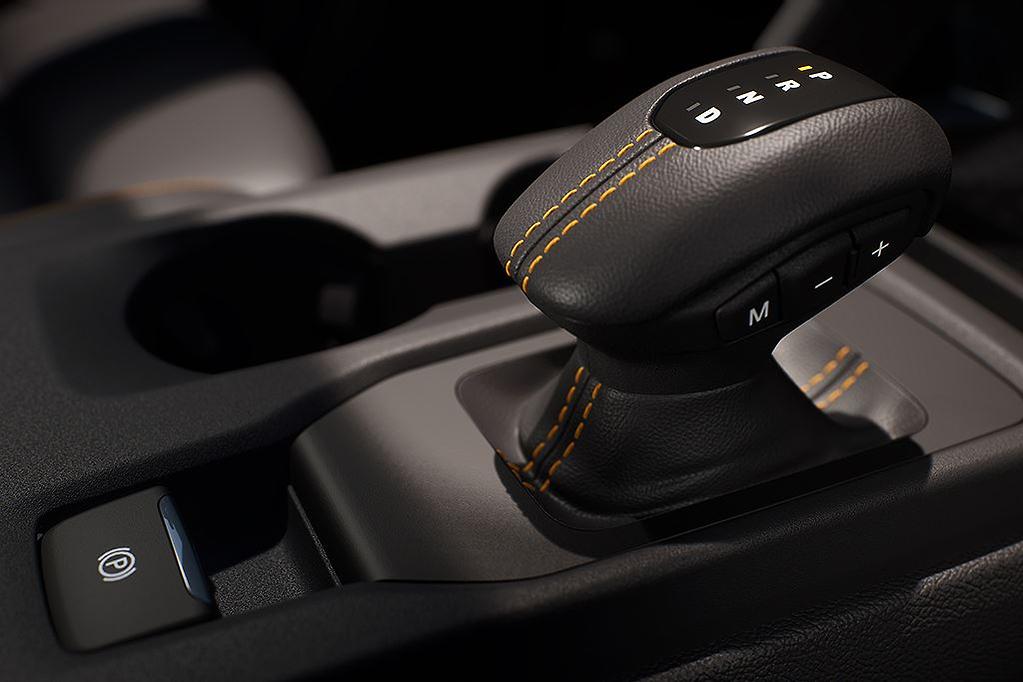 Ford’s interior designers have eked out more space inside a cabin which is already regarded as one of the more accommodating in the class.

While it doesn’t grow in size overall, there is more shoulder-room thanks to door trim changes and some legroom improvements.

The seats have been redesigned, with new bolsters and foam inserts. Second-row seats fold flat and have out-of-sight under-seat storage. Depending on the variant, rear occupants also have air-con outlets at the rear of the centre console. 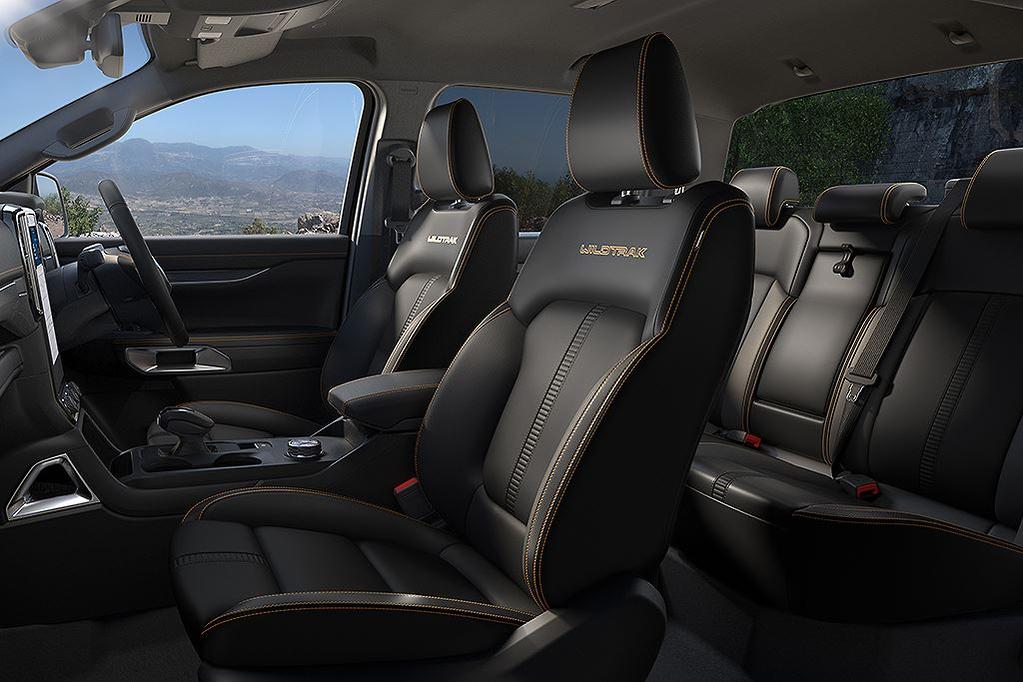 Storage space was another focus for the interior design team. Key features include a double glove box, an open bin in the dashboard that can include inductive charging, retractable dashboard-mounted cup holders mounted at either end of the dash and extended rear door pockets.

There are three centre console designs: high-series, work-focused (which is lower with more open storage) and a short console that helps maximise loading capacity.